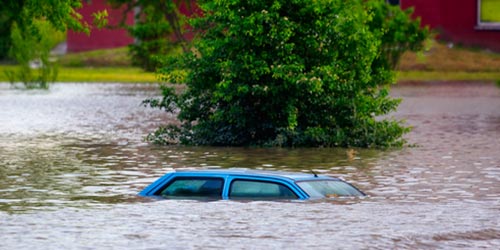 Most commercial and residential insurance policies exclude property damage as a result of flood, surface water, waves (including tidal waves and tsunami’s) tides, tidal water, overflow of any body of water, spray from any of these sources – all whether or not driven by wind including a storm surge.

While flooding causes in excess of six billion dollars in damage each year in the United States alone and is more likely to happen than a fire relatively few people purchase flood insurance.  In fact, the average homeowner is five times more likely to incur flood related damages than fire damages.  When evaluating your loss or income, extra expense and loss of use it is important to integrate these risks into your program.

TriMountain is prepared to help you evaluate the risk of flood with access to specialized technology and resources.  We not only work with the National Flood Insurance Program but with a number of large insurance companies and strategic partners that are able to offer higher limits and policy design recommendations that result in a program that is customized to meet your unique risk management needs. 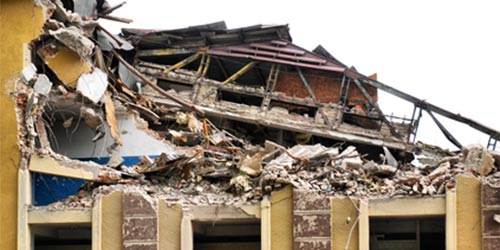 The front range of Colorado experienced an earthquake measuring 6.6 on the Richter scale and the “walls cracked and the plaster fell” in 1882.   Several 5.0 plus earthquakes stuck Colorado in the mid 1960’s and several areas within the Rocky Mountains from New Mexico to Montana are considered high hazard areas.

TriMountain can assist you with both structural as well as nonstructural earthquake risk assessments. Surprisingly, it is arguably more important to evaluate nonstructural components as opposed to traditional building elements.  While some may know that damage as a result of an earthquake is not covered on a standard commercial and residential policy most are unaware that losses as a result of landslides, mine subsidence, sinking of the earth and volcanic eruption are also not covered.  Work with TriMountain to develop a program based upon a comprehensive analysis of your unique risk profile.